News: Linking Hands with the Front by Janice O’Brien and Jonathan Barr

Bloomsbury Central Baptist Church, situated in the centre of London, has always attracted a diverse community of members and friends. In the years preceding the First World War, young men and women flocking to the city for employment found within its walls a “home from home” and a church family. They came from all over Britain; some from Baptist congregations, while others were introduced into the church through friendships or an interest in the wider activities and societies offered by an institutional church.

With the outbreak of war Bloomsbury was immediately in the spotlight. The church’s minster, Thomas Phillips was well-known as a pacifist who hated war but now he was confronted with the reality of seeing a substantial number of his congregation make the choice of how to respond to the crisis. Many joined the Royal Army Medical Corps, others the YMCA, but a substantial number took up arms. In December 1915 he wrote:

“As to the number who have enlisted we are in danger of losing all count – there are over 300 connected with our different societies and taking the men who have passed through Bloomsbury during the last ten years there must be over a thousand – that is there is a Bloomsbury battalion in the field.”
This is the story of some of them….. 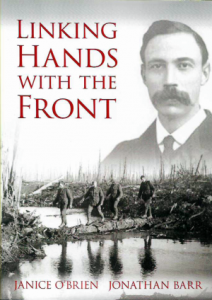